When Harry Garcia was driving down the streets of Chicago when the weather was a high of 75,  he saw a few of good looking women with stilettos and tight jeans walk in front of his car. The first thought that crossed his mind was, “Hmm, they really rock those jeans. I’m sure someone will ask for their phone numbers…” At that moment a lightbulb flicked on in Harry Garcia’s head and he knew what would happen next. His new song was born.

The new pop song “Can I Get Your Number” is expected to be released this upcoming July. The destiny of this composition promises to become a hit of 2016. The talented composer Harry Garcia has been working on it for two months and is looking forward to releasing it so his current fans and future fans can enjoy the song. However, the excitement of releasing a hit is very common for Harry, as it has been part of his procedure for many years seeing as this is his living.

Reflecting back on his childhood, Harry Garcia remembers sitting in front of the TV, watching music videos and thinking that one day he cannot wait do the same. Harry has seven sisters and three brothers, which, with the addition of growing up in the Windy City, and his musician family influenced his music career. Throughout the years, the desire to generate compositions grew so great that Harry could not resist anymore. So he prayed to God and said “If this what you want me to do, give me a sign.” To his surprise he could not know that a few months later, a friend of his would gift him $5,000 and begin a new chapter of his life.

Harry Garcia soon started his career in the music industry with local bands in Chicago. From there it escalated to touring with several bands throughout the United States and abroad.

Besides, he studied music composition in junior college and continued his education at Christian Life College and ANSA. Among other compositions in his background, he had created songs for a Dominican Republic commercial named “It’s A Showy Christmas Day” and a pop classical song “Adriana,” which has received 7,651 hits.

Today, Harry says “Adriana” is his favorite piece he has ever composed. “I remember sitting down on my piano bench with my eyes closed, touching the ivory keys and releasing all the pain that was captivated in the walls of my soul without fear or judgment,” he recalled. “I remember I was up for 24 hours until the composition was completed.”

The young composer spent countless sleepless nights by working hard. He recalls the journey of getting to the successful level of his career as compromising but pleasant. Sometimes you need to sacrifice your time and energy to achieve what you want. One of the secrets to compose a great piece is to always write down everything that comes to one’s mind. It is also very important to keep the excellent relationship between the players, composers and producers as well.

Harry likes to say that one should always remember that music has no boundaries. “First, you must have a very good grasp of how to interpret what you hear both in the real world and in your head,” Harry has observed. “Secondly, you must have almost encyclopedic knowledge of how the most musical instruments work.”

Composing takes a lot of one’s time, but Harry always finds time for the people he loves.

Besides, in his spare time, he likes to do meditation. It helps him to concentrate and very quickly get new and vibrant ideas for a new composition.

Harry Garcia is not only a successful composer, but also a regular volunteer at the Holiday Heroes Foundation that makes “an immediate impact on children and their families.”

There are so many young people who dream of having the same job as Harry Garcia. His advice is that they all should believe in the divine gift that they have been born with. “Treasure every moment not as a loss, but as a new beginning.” 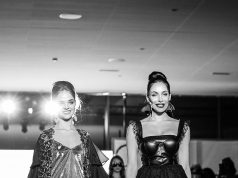 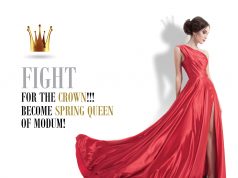 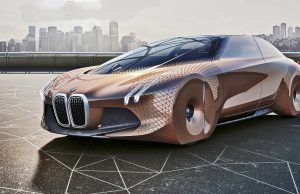 The ideas behind the BMW VISION NEXT 100

The Lincoln Navigator 2018: The brand-new car with a nautical theme.

Kasta in Chicago was rescheduled for September 3rd !!!